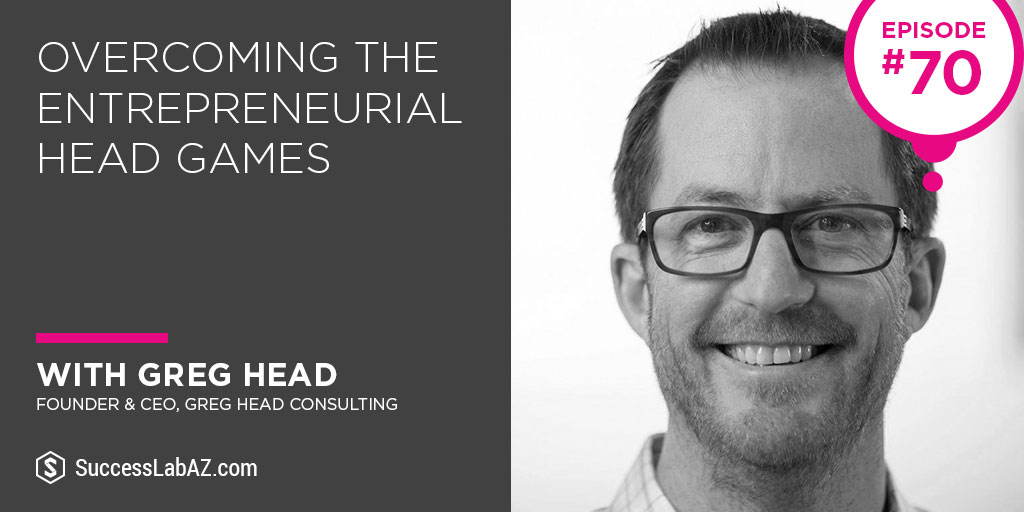 On the path to growth, nearly every CEO battles some sort of head game no matter the stage or size of the company. Greg Head knows these all too well. He’s been an integral part of several rapid-growth companies as they climbed their way to $100M and an IPO, and now as a consultant and coach to early stage CEOs (he worked with more than 300 in the last year).

Having been inside some of these rapid-growth companies, and now working with CEOs, is there a common block you see that stand in the way?

One big block I see is the misperception that when you’re getting started and you’re trying a lot of things and experimenting, when you reach $1M or $1B you have to change your game. And it’s not doing more, it’s actually doing less and getting really focused.

CEOs also have to narrow their focus and essentially focus on three key things in the business: vision, leadership, and making sure there’s enough cash to keep going. As you grow up, it’s hard to relinquish control or learn a new skill such as raising money.

You talk a lot out the “head game” and how that impedes many business owners, what are some ways you can identify if you are playing the head game with yourself?

Everyone deals with these things. Our beliefs and thoughts and motions…just because we’re human. Founders and CEOs like to put on a face like they’ve got it figured out, but …sometimes they’re fears: what if I’m not the right person, what if we run out of cash, what if I can’t do this, what if this doesn’t work out. All those beliefs humans have…those are the biggest levers for making movement. And the myth is, ambitious entrepreneurs want to change the world, and as we go through the journey, the biggest surprise is we have to change ourselves. All those beliefs we’ve had since we were in high school, some are holding us back and we need to get rid of them.

How do you start to overcome those limiting thoughts?

The first rule is to know which game you’re playing. You have to recognize there’s an inner game going on. Often we already know the answers, but many of us don’t follow them and that’s because we’re human. It’s not the answer or the facts that’s the problem, it’s where it meets the human.

Since you work with so many CEOs and have the inside track on what holds them back in terms of growth, is there one piece of advice you can pass along?

It is a challenge as your business starts to grow. IT can feel more out of control because there are more people and you don’t have your hands on the keyboard for everything in the business. Founders and CEOs get all the hard issues collected at their desk that they can’t delegate, and one of the struggles they have is their senior leaders are not really available for the call about “My head is exploding and I’m not sure exactly what to do here.” They don’t always have a lot of help for this, so that’s where being around trusted peers, coaches and advisors can help open up that conversation about what might be at the root of the issue.

Coffee drinker, yes or no? Yes
One business tool you’re geeking out over right now? iPad Pro so I can do the whiteboard thing remotely on the phone. I’m a whiteboard junkie.
Favorite piece of technology? My iPhone
What’s one book you’d pass along to a fellow entrepreneur? “Crossing the Chasm” by Geoffrey Moore.
One person you’d like to have dinner with? Warren Buffett, but his price is pretty high.
How much sleep do get a night? Seven hours consistently.

Next week I’m in the lab with Rick Stoddard, director of venture engagement at Coplex. Be sure to tune! Until then, have a prosperous week!

Originally appeared on SuccessLabAZ.com on March 26, 2017.

Music in this episode: “They Just Don’t Know” by Gyft.

If you dig this podcast, why not leave a quick review or rating in iTunes? 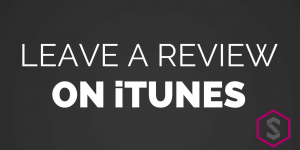 Discover how PR+Inbound can support your business growth goals?